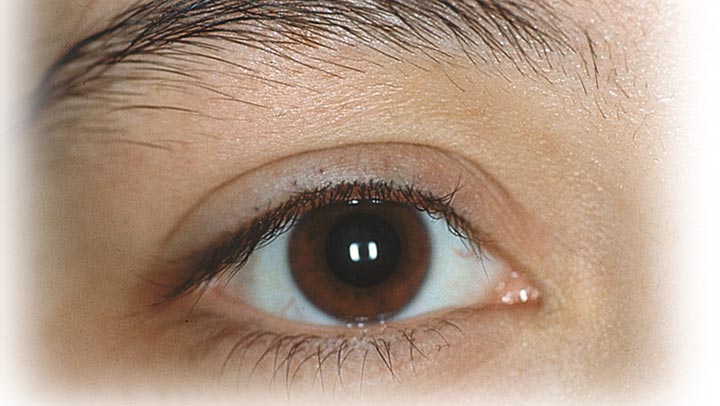 People who experience eyelid spasms have a condition in which the eyelids twitch or close involuntarily.

The three most common types of eyelid spasms are:

These three types are discussed below.

Minor eyelid twitching is common and happens spontaneously. This condition is thought to be related to stress, fatigue or both. Minor eyelid twitches require no treatment as they usually disappear on their own. Reducing stress, increasing your amount of sleep, and decreasing caffeine intake may help to relieve eyelid twitches. However, if the twitches become worse, you should have an ophthalmologist (Eye M.D.) examine your eyes.

What is essential blepharospasm?

Essential blepharospasm is a condition in which the eyelids close involuntarily. It usually involves both eyes. The episodes can last anywhere from a few seconds to several minutes or even hours.

Early stages of the condition involve sporadic blinking, winking or pinching of the face. In advanced stages, the spasms cause the eyelids to close forcefully to the point where vision is very limited. Advanced stages of essential blepharospasm can interfere with daily activities, such as walking down stairs, driving, operating machinery or working.

Blepharospasm is caused by an involuntary nerve impulse to the eyelid. In the majority of patients, it develops abruptly with no known cause.

How can blepharospasm be treated?

There are several treatment options available, including:

Injections of a muscle relaxant called botulinum toxin (commonly referred to as Botox) into facial muscles around the eye have been very effective in controlling the spasms associated with blepharospasm. Small doses of Botox are injected with a very slender needle into several muscles above and below your eye. Relief from spasms begins anywhere from one day to two weeks after the injections and lasts an average of four months. Short-term side effects may include tearing, double vision, droopy eyelids or blurred vision.

Botox injections are the most effective method of treatment, used in about 90 to 95 percent of cases. In the remaining 5 to 10 percent of cases, Botox is either ineffective or not preferred, and drug treatment or surgery is used instead.

Drug treatment for blepharospasm requires patience, as finding a successful mix of drugs and doses may take some time. Some drugs are more effective for some patients than others, and certain drugs may produce short-term benefits, unpleasant side effects or both. It is important to follow the instructions of your ophthalmologist or neurologist, and report side effects if they occur.

Surgery is recommended when Botox and drug treatment do not work. There are two common types of surgery. One involves removing the facial muscle that is causing the spasms. The second involves removing a portion of the nerve in order to reduce the severity of the spasm. Short- or long-term side effects are possible and should be discussed with your ophthalmologist before surgery.

What is hemifacial spasm?

Hemifacial spasm is an involuntary spasm of facial muscles that occurs on only one side of the face. In the majority of cases, the symptoms start near the eye and then progress down the face. In advanced cases, the individual spasms can last for extended periods.

It is believed that hemifacial spasm occurs when a blood vessel presses on the facial nerve that supplies the muscles to that side of the face.

How can hemifacial spasm be treated?

Botox injections are used in the majority of patients. Drug therapy can be used, but it is effective in only about 5 percent of cases. Rarely, surgery may help to relieve the compression of the blood vessel on the nerve, but serious complications are possible, such as permanent hearing loss and facial weakness.