Migraine and the Eye 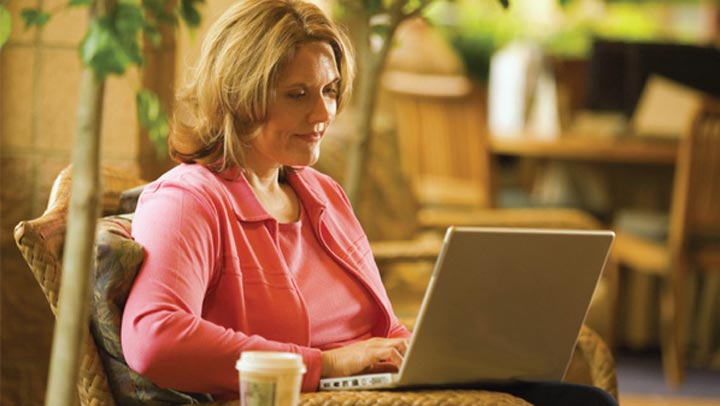 Migraine and the Eye

Migraine is a common neurological condition occurring in at least 15 to 20 percent of the population and in up to 50 percent of women.

Migraine is a common neurological condition, particularly among women.

Classic migraine starts with visual symptoms (often zigzag lines, colored lights or flashes of light expanding to one side of your vision over 10 to 30 minutes), followed by a single-sided pounding, severe headache. The headache may be associated with nausea, vomiting, and light sensitivity. Sometimes visual symptoms and even neurologic dysfunction may occur without the headache. These are called migraine variant.

Common migraine may cause only a headache felt on both sides of the head. This form of migraine may be responsible for the headaches that many people may have attributed to tension, stress, or sinus pain.

A diagnosis of visual migraine is made only after a complete eye exam by your ophthalmologist.

While it is not clear exactly how a migraine works, it is believed that the basic cause of migraine is an abnormality in the neurotransmitter serotonin, an important chemical used by your brain cells. During a migraine attack, changes in serotonin affect blood vessels in your brain, often causing the vessels to constrict. These changes in blood flow decrease the oxygen supply to the brain. If this oxygen supply is decreased long enough, a stroke is possible. Fortunately, this is rare.

Hormonal changes are frequently associated with migraine especially pregnancy, use of birth control pills, and menstrual periods or menopause.

People often attribute their migraine to stress. While stress probably does not cause migraine, it may affect the frequency of attacks. Interestingly, however, most migraine attacks seem to occur following stress relief, often at the beginning of a weekend or vacation.

People who experience migraine often have a family history of headaches or a prior history of motion sickness.

What are the symptoms of migraine?

The most common sign of migraine is headache lasting for hours. Symptoms generally include:

Rare symptoms include double vision, change in lid position (lid droop), or change in pupil size (both smaller and larger).

How is migraine treated?

Treatment usually first involves avoiding factors known to cause a migraine attack, such as foods, environmental triggers such as perfume, and medications such as birth control pills. Over-the-counter, anti-inflammatory medications (such as aspirin, ibuprofen, etc.) may reduce the severity of an acute attack. Drugs that constrict the blood vessels, including caffeine and ergotamines, are sometimes used. Also, certain prescription medications that deal directly with the presumed chemical imbalances of migraine are available (including Imitrex, Amerge, Maxalt, and Zomig).

If migraine attacks are severe or frequent enough, medication may be required on a regular basis to prevent migraine. The four most commonly used medication groups are tricyclics, beta-blockers, calcium channel blockers, and some anti-seizure medications.

A thorough eye exam is required to determine if visual symptoms are due to migraine or another cause. Your ophthalmologist (Eye M.D.) may refer you to a neurologist or another specialist for further tests and evaluation.